CRUCEMAR CRUCEROS, S.L. (hereinafter, "CRUCEMAR"), with registered office at Ricardo Ortiz Street No. 14, 28017 Madrid, CIF number B 82776527 and CICMA number 1230, is a Wholesale-Retail Travel Agency whose main activity is the commercialization of cruise trips and It also develops its commercial activity for the sale of luxury and charming tourist trains on the Internet through the website located at the URL: LUXURYTRAINSTRAVEL.COM, as well as in a physical establishment located at the address indicated above; provides its products and services under the CRUCEMAR brand in accordance with the following General Conditions:

LUXURYTRAINSTRAVEL.COM provides its services as an intermediary between the Railroad Companies, the Wholesale Travel Agencies and the final customer, for the promotion and sale of tourist cruises and sometimes also with the other tourist services complementary to the tourist train: plane tickets, hotel stays, etc. (usual services of a travel agency).

2.- Conditions for the promotion and sale of services and products.

2.1. The contracting conditions of each of the services or products (prices, availability, conditions of modification or cancellation, etc.) are those established by railway companies, wholesale travel agencies, airlines, hotels and car rental companies.

2.2. The contracting procedure is the one established by LUXURYTRAINSTRAVEL.COM (CRUCEMAR)

2.3. Method of payment: The user agrees to pay for the contracted services or products, through any of the following means of payment enabled by LUXURYTRAINSTRAVEL.COM (CRUCEMAR):

2.4. With the usual credit cards: VISA and MASTERCARD mainly.

2.5 Payment in cash, collecting the documentation at the CRUCEMAR address: Ricardo Ortiz Street No. 14, 28017 Madrid.

2.6. Payment by Transfer, according to the conditions stipulated by LUXURYTRAINSTRAVEL.COM (CRUCEMAR), a deposit amount of 30% minimum or the total amount will generally be requested, depending on the proximity of the departure date, within a maximum period of twenty four (24) hours from the request of the services to the account number that will be provided by CRUCEMAR to the user.

2.7. Financing your purchase, under the conditions established by CRUCEMAR for this purpose.

The mere use of the Web implies the unreserved acceptance by the user of these General Conditions, and the confirmation in the purchase of a service or product, the user's commitment to pay the amounts due by any of the means established for this purpose. by CRUCEMAR.

4.1 Intermediation. LUXURYTRAINSTRAVEL.COM (CRUCEMAR) acts exclusively as an intermediary between the Railway Companies and / or the Wholesale Travel Agency and the user, limiting its liability to the end user to that established by law for the Retail Agencies.

4.2. Communications LUXURYTRAINSTRAVEL.COM (CRUCEMAR) will not be responsible for any failures that may occur in communications, including deletion, incomplete transmission or delays in the referral, not committing to the transmission network being operational at all times.

4.6. Limitation of Liability In any case, the responsibility of LUXURYTRAINSTRAVEL.COM (CRUCEMAR) will be limited to the final price paid by the user by virtue of the contracted services and / or products, expressly excluding all responsibility for direct or indirect damages, emerging damage and / or loss of profits.

LUXURYTRAINSTRAVEL.COM (CRUCEMAR) will not replace its responsibility to that of Spanish or foreign carriers that offer transfers or transport of passengers and luggage.

In this way, LUXURYTRAINSTRAVEL.COM (CRUCEMAR) cannot be responsible for schedules, changes in schedules, days, itineraries, carrier, aircraft, quantity or choice of correspondences, of airport changes.

The responsibilities of transport companies in case of damage, complaints or claims of any kind are limited to those that appear in the general conditions of the mentioned transport, air or other companies.

In the case of an airport change in Spain or abroad, the costs of bus, taxi, etc., are the responsibility of the buyer.

The schedules and indications referring to the schedules mentioned in the electronic catalog LUXURYTRAINSTRAVEL.COM are purely indicative.

In fact, any irregularity of traffic will not compromise the responsibility of LUXURYTRAINSTRAVEL.COM (CRUCEMAR).

LUXURYTRAINSTRAVEL.COM (CRUCEMAR) will not be responsible for the lack of assistance of the buyer at the place of departure of the air travel of the package, whatever the reason, for example caused by a delay of previous air, rail or land traffic, even if the same result of a case of force majeure, a fortuitous case or a third party.

7.- Modifications of itineraries and schedules

Unfortunately, we cannot guarantee that the train will stop at each of the planned stops or follow the prescribed itinerary. Some external circumstances (strikes, weather conditions, riots, etc.) may oblige those responsible and / or train travel authorities, in order to guarantee the safety of passengers, to suppress or shorten a stop, to make additional stops. and more generally to introduce modifications to the planned itinerary, or to change trains or ports. We could not be held responsible for the passengers, therefore, or for all non-compliance with respect to the arrival or departure times indicated in the brochure, and this, whatever the stop or stopover.

The user acknowledges that all images, designs, drawings, contents, logos, trademarks and any other product that may be protected under the applicable legislation on Intellectual Property, Patents and Trademarks to which he has access through the use of the Web , are owned by the Railroad, Wholesale or CRUCEMAR Companies. The user agrees to make use of the Web respecting such rights.

9.- Acceptance of the offer

For each of the proposed products, the acceptance of the offer by the buyer is concretized by the validation, in the electronic catalog LUXURYTRAINSTRAVEL.COM by a "validation click" of all the following information, among which some, underlined , must be filled in by the buyer.

The cancellation costs produced by the withdrawal of the CLIENT or cancellation of the trip vary depending on the railway company or Wholesale Travel Agency concerned, so you will have to consult in each case. As a general rule and in an indicative manner we indicate the following:

Any cancellation entails file expenses equivalent to 5% of the total amount of the tourist product by train.

In any case, CRUCEMAR and in relation to cancellation expenses will have to adjust to the conditions set by the railway companies and / or train tourism wholesalers (ICU ...) and consequently it will have to impact the client who has Acquired the cruise in the case of a cancellation.

We advise to contract cancellation insurance.

If THE CLIENT decides to make the payment by credit card the total amount of his order of the tourist product by train at the time of acceptance of the proposal for sale made by LUXURYTRAINSTRAVEL.COM (CRUCEMAR).

The buyer assures LUXURYTRAINSTRAVEL.COM (CRUCEMAR), when he validates his order bonus, that he is in a regular situation with the issuer of the payment card.

In the case in which the payment is revealed irregular, incomplete or non-existent, for any reason, and the services payable within the planned period, the provision of travel services and documents will be suspended and the expenses incurred will be the responsibility of the debtor buyer.

The confirmation of a reservation commits LUXURYTRAINSTRAVEL.COM (CRUCEMAR), with the reservation of payment of the services provided, and this within the period initially set.

For all train tourism products presented in the electronic catalog LUXURYTRAINSTRAVEL.COM and governed by these conditions of sale, the buyer must have one or more of the following mandatory, valid documents: passport, national identity document, parental authorization, visa , medical certificate, vaccination card, etc.

The realization of the formalities includes the buyer of the tourist product by train, which will have to be secured before the departure of the modifications that may intervene. The expenses related to this review are borne by the buyer.

The tourist train product purchased cannot be reimbursed in any case when the buyer, after not presenting the valid documents (passport, visa, etc.), is unable to leave the day indicated on his order voucher. In this case, the expenses related to the cancellation of this trip or stay are paid by the buyer.

13.- Modification of these general conditions

LUXURYTRAINSTRAVEL.COM (CRUCEMAR) may, at any time, modify these General Conditions or introduce new conditions of use, it is sufficient to communicate it on the main page of the Web with a notice of FIFTEEN (15) days. These modifications will only be applicable as of their entry into force.

LUXURYTRAINSTRAVEL.COM may stop providing any of the services offered through the Web, it is sufficient to communicate it on the Main Page of the Web with a notice of FIFTEEN (15) days.

The parties, with express waiver of their own jurisdiction, accept as the governing legislation of this contract, the Spanish and submit for the resolution of how many disputes may be derived from it to the Courts and Tribunals of Madrid.

We inform you that the personal data you provide us will become part of an automated file called "CUSTOMERS" for which CRUCEMAR is responsible, in order to manage customer data in information shipments, request management, projects , policies and any others necessary during the business relationship. The file has been notified to the Data Protection Agency and has the necessary security measures to guarantee total data security.

Rights of access, cancellation, rectification and opposition of the Users:

In compliance with the existing regulations on the protection of personal data, you may exercise the rights of access, rectification, cancellation and opposition expressly recognized by the LOPD by contacting the Security Manager through the following email address: CRUCEMAR C / Rufino Blanco, 9 28028 Madrid, under the terms established in Organic Law 15/1999, of December 13, on the Protection of Personal Data (LOPD).

We are commercial distributors of “El Transcantábrico”, “Costa Verde Express”, “Al Ándalus”, “Expreso de La Robla”. Trans-Siberian trains and so many other luxury and charming ones in the rest of the world. 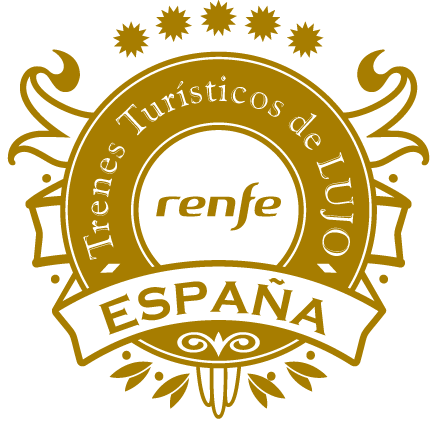